As anyone who knew me as a kid can tell you, I was never very good at sports. Soccer, Baseball, Basketball, Volleyball… I tried them all, and failed pretty miserably every time. I was kind of like the twelve-year-old equivalent of this guy: 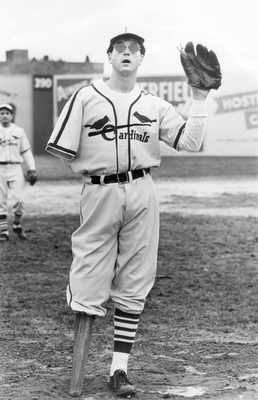 So, not counting those few months when I took a Tae Kwon Do class ( which was tragically cut short when my teacher skipped town to go make it big in Hollywood; he later went on to portray such memorable characters as “Angry Biker #2” in an episode of Walker, Texas Ranger), I spent my childhood hating sports. Until I discovered fencing.

When I was sixteen, my Dad took the family for a hike in Sabino Canyon, and on our way back, we stopped at this small frozen yogurt shop. While we were there, I came across an article in a newspaper about a fencing club that had just opened up in Tucson, and managed to convince my parents to let me give fencing a try. From the first time I picked up a foil and put on a mask, I was hooked. I’ve been fencing ever since. Now I’m not saying I’m an expert fencer or anything, I’ve never won an international tournament (or even a local one) but I’m a hell of a lot better at fencing than I am at baseball, and I’m pretty sure I could beat any of the actors who played Jedi knights or Sith lords in any of the Star Wars movies (except for Ray Park/Darth Maul, because that guy really does know how to fight), so there ya go. 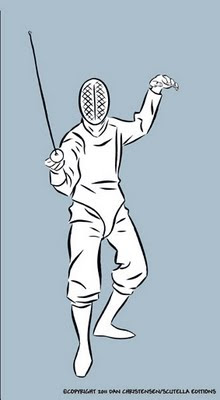 So, yeah, I love fencing, and for the past few years, I’ve been writing and drawing a film noir-inspired fencing story. In late 2009, I finally felt the story was ready to see print, and pitched it to several French publishers. After spending most of 2010 alphabetizing all of my numerous rejection letters, I finally knocked on the right door last December. I was fortunate enough to meet publisher Soline Scutella, who was interested in the story I had to tell, and who wanted to publish it. 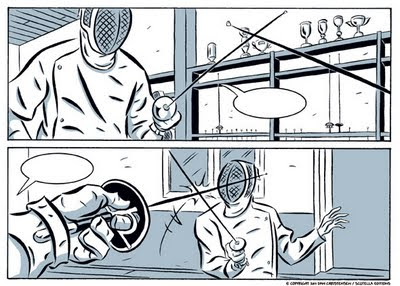 I’m very pleased to announce I will be writing, drawing, lettering and coloring a 140-page graphic novel for French publisher Scutella Editions. So now I’m working on two graphic novels simultaneously, which to be honest is kind of stressful, but I’d rather have too much to do than not enough. More news to follow!
Posted by Dan C at 4:17 PM 2 comments: