2014 was a very busy year for me, and I broke my all-time record of Blog Neglect by only posting new drawings 3 times last year. But I had good reasons for it. A lot of stuff happened.

For example, Archer Coe & the Thousand Natural Shocks (Oni Press) hit stores in July, and I began work on volume two in early December, right after finishing a series of interesting and challenging translation assignments for Ankama éditions. 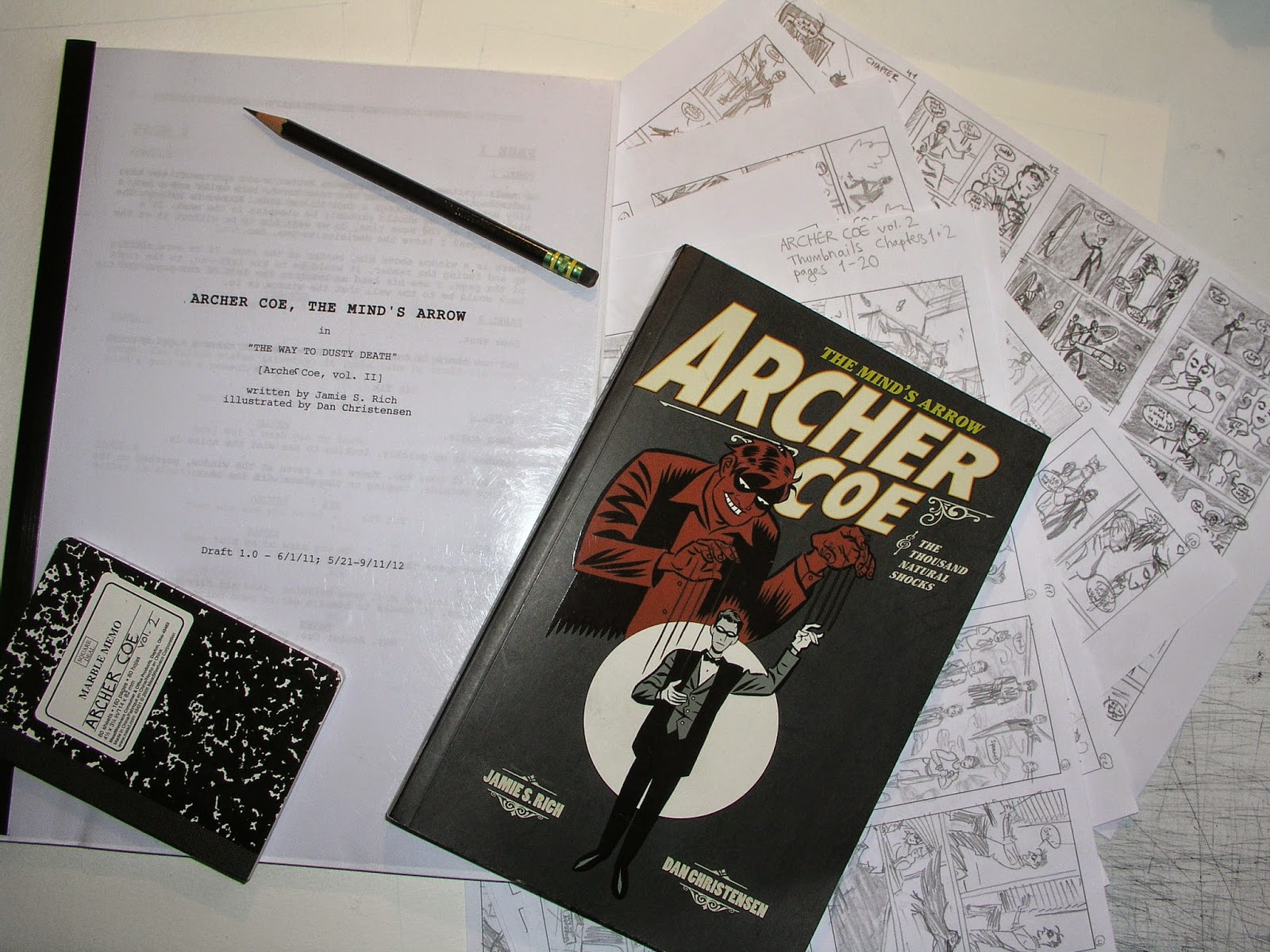 I was supposed to finish Riposte (Scutella éditions) before the year was out, but... well... I didn't. Believe it or not, drawing two graphic novels at the same time, teaching weekly comic-book classes, and translating a series of graphic novels is kind of time-consuming. I still have two chapters to go on Riposte, and I hope to have it completely finished (drawn & toned) before summer. I really am working as fast as I can, so please be patient. :)

The Kindle version of Paranormal vol.1: The Ogre (Evileye Books) was released last October, just in time for Halloween, and the paper version will hopefully be released sometime this year.

And right before the year ended, I drew a picture of Marcus Lopez, my favorite character from the very, very cool Deadly Class (Image Comics) series by Rick Remender and Wes Craig, for the February 7th charity auction to be held by my friend Charlie Harris, the owner of Charlie's Comic Books in Tucson, Arizona.

So there ya go. I hope you all had a happy, safe holiday season. Stay tuned, with any luck I'll be posting more often this year! As always, thanks for stopping by and supporting my work. It's much appreciated.
Posted by Dan C at 8:25 PM No comments: