BATMAN BLACK & WHITE: THE LOTUS AND THE DEMON 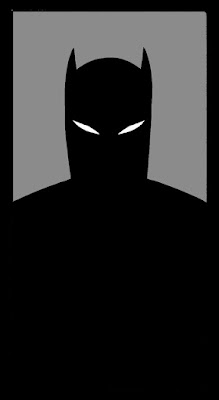 When I came home from my artist’s residency in Iceland a few months ago, I was enthusiastic about working on my daily comic strip project, but as I began drawing the first panels, I was suddenly overcome with self-doubt. I feared I was too out of practice to ever finish a long-term project like the one I was about to undertake.

I was about to sink back into the Bottomless Chasm of Cartoonist Depression when I began rereading Batman: Black and White, the legendary anthology published by DC Comics in which some of the world’s greatest comic book writers and artists were given the opportunity to share their personal visions of Batman.

As anyone who has ever spent more than ten minutes in conversation with me knows, I’m kind of a huge Batman fan. Ever since I was a kid, he’s been my favorite superhero. There’s something about the character that has always appealed to me: a “street-level” vigilante dressed as a bat who risks his life every night, protecting innocents from depraved lunatics and remorseless killers.

I decided that writing and drawing an eight-page story in the Batman: Black and White format, like those that have inspired me over the years (including Matt Wagner’s Heist and Paul Pope’s Broken Nose, among many, many others) would not only be a creative challenge for me, but would also allow me to get back into the groove of drawing comics before working on my personal projects.

The story I chose to tell was inspired by the terrible mass shooting that took place in Tucson, Arizona on January 8, 2011, where the perpetrator wounded sixteen people, including U.S. Representative Gabrielle Giffords, and took the lives of six innocent people: Christina-Taylor Green, Dorothy Morris, John Roll, Phyllis Schneck, Dorwan Stoddard, and Gabriel Zimmerman.

The shooting occurred 100 yards from where my little sister worked, and a few miles from my childhood home. I remember hearing about the incident on French television, and the feeling of panic when I couldn’t reach my family and friends by telephone, since the lines were saturated.

Although I didn’t know any of the victims personally, the shooting had a profound impact on me. It has been lurking in a corner of my head ever since, and is the inspiration behind The Lotus and The Demon.

Since then, countless other atrocities have been committed, the most recent ones being the horrific shootings in Colorado and Georgia. The opening scene of the story you are about to read depicts—and condemns—a mass shooting in Gotham’s Chinatown, and coincidentally echoes these tragic murders. As a result, I am admittedly hesitant to even publish this.

I’m a mediocre activist, and an even worse preacher, so I’ll refrain from telling you how I feel about mass shootings and hate crimes. The Lotus and the Demon will tell you everything you need to know about that. I will say, however, that my heart goes out to the families and loved ones of the victims of this and all other shootings, and I hope that these atrocities will cease. 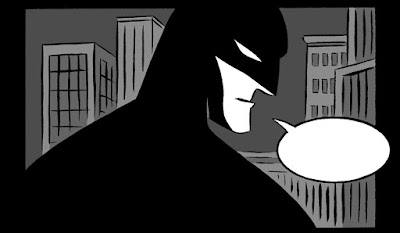 The Lotus and the Demon is now available on the excellent French website Grandpapier.org.

Since Batman is ©copyright DC Comics (and DC doesn’t stand for Dan Christensen) I am neither asking nor hoping to receive any money for this story. I simply hope you enjoy reading what a Batman: Black and White comic written and drawn by me would look like.

However, for anyone out there who wishes to make a donation—of any amount—to the National Center for Victims of Crime, which exists to help survivors and families of mass shootings and other violent crimes, I will be happy to send you a hi-res PDF file of The Lotus and the Demon, which also includes several of my Batman drawings you may have seen floating around the internet over the past few years. All you need to do is:

Thanks for reading, take care, and please stay safe.