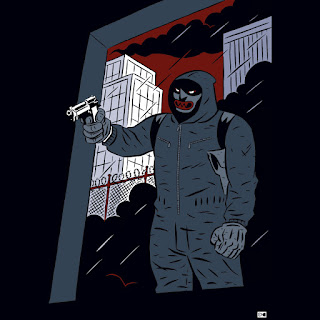 The word itself conjures up images of abandoned mansions at the end of lonely roads, unexplained noises in the dark of night, restless spirits with sinister intentions. Dictionaries define the word as “that which is not scientifically explainable; supernatural.”

Indeed, in the world of PARANORMAL, the presence of the supernatural is undeniable. Shadowy apparitions prowl in the darkness; beings possessing frightening, unexplainable abilities walk among us. The impatient man standing in line at the bank can turn air to ice with a single word. The smiling woman at the coffee shop can kill with a touch of her finger. How is this possible? Is it dark magic? A scientific experiment gone dreadfully wrong? A curse from beyond the stars? The echo of a half-remembered nightmare come to life? No one knows. Or if they do, they aren’t telling.

Or are no longer able to.

But whatever their origins—and they may be legion—in the world of PARANORMAL, only two things are certain: nothing is ever as it truly seems, and danger lurks in every shadow.

Los Angeles, present day. Henry Wade Johnson, the Paranormal criminal known as The Ogre, has just been released from prison. When one of his former accomplices, Rat Face, murders several police officers and vanishes with a cocaine shipment belonging to the city's deadliest Paranormal crime lord, Henry Wade finds himself drawn back into the life he had sworn to leave behind. 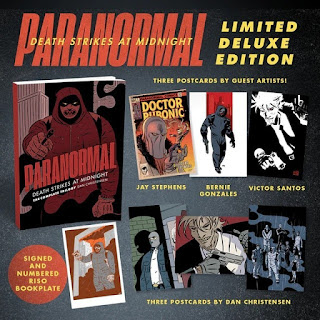 Well, it's official: after many years of trying to find a good home for PARANORMAL, it has finally happened. The original trilogy, which was first published in France, then partially, briefly self-published by me on different webcomic sites and online shops, will now be published by Canadian publisher Black Eye Books in just a little over a month from now.

PARANORMAL: DEATH STRIKES AT MIDNIGHT has now launched on Kickstarter, and is already over 100% funded. Please feel free to join us and help make this enhanced, remastered, definitive version of PARANORMAL come to life by checking out and sharing the above link. Thanks a million! 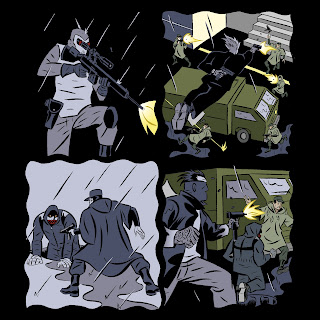